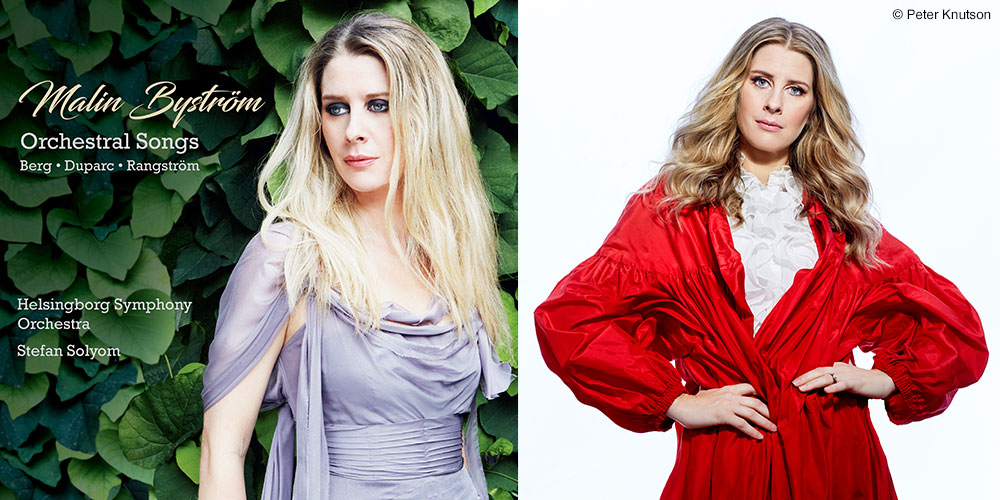 René Zühlke (NML): Mrs. Byström, now as your first audio recording is released the users of the Naxos Music Library can listen to your great voice without seeing you on stage. The music experience today is often from recorded music and not from live music. Do you see benefits for the listeners or disadvantages?

Malin Byström: Mostly benefits, as music is be more accessible this way, but of course, nothing beats the live experience.

René Zühlke (NML):  Do you use streaming services, especially the NML for studying or for the research of new repertoire?

Malin Byström: A little bit, yes, in the beginning of learning a new role, but after having made a first aquaintance with it, I only use the score.

René Zühlke (NML): Does it help students to listen to recordings or should they better learn only from sheet music/music score?

Malin Byström: I think it is extremely important for young students to listen to recordings, and not just the New ones, but go to the older recordings, learn the style! Find your favourites from the past! There is a vast treasure to be found in doing this, and SO much to learn from it!! Of course, when studying a particular piece of music, then you need to sit down with the score. But on the whole, there is so much to learn by listening.

René Zühlke (NML): You have recorded Orchestral songs from Berg, Duparc, Rangström. Why this (special) repertoire?

Malin Byström: Because I love it and I think it fits me and the orchestra. The Rangström I think deserves a bigger audience, and also Duparc.

René Zühlke (NML):  Is there a classical music recording you would say everyone should have listen to? Hopefully we have it in our the library.

Malin Byström: I adore ‘Vier letzte Lieder’ with Jessye Norman, Gewandhaus Orchestra and Kurt Masur. I have listened very much to that one.

Malin Byström: I have 2 more albums in the pipeline actually. One with Swedish Lieder with pianist Magnus Svensson, and in the summer I am recording German Opera Arias with the Swedish Radio Orchestra.